Gingerbread House Treat Boxes
Before I was married, I never cooked. (Insert a big “amen” from my college roommates). It wasn’t until I had a husband that I started making food. I quickly realized that I enjoyed making delicious meals and that when my hubby says, “Oh, man! That is so good!” I want to keep on cooking.
So here’s my man-pleasing recipe for hot ham rolls. Every time I make these, I am awarded the “wife-of-the-year” trophy. And then I award myself the “I-am-so-smart-for-making-him-think-I’ve-been-slaving-away-when-really-it’s-so-easy” award. 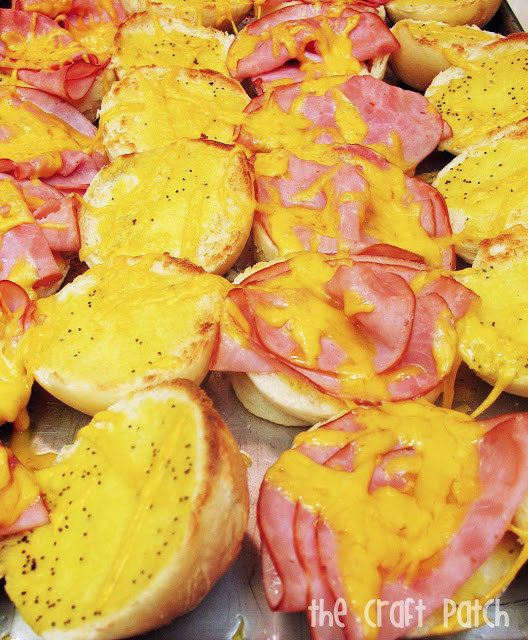 Hot Ham Rolls
1 dozen soft dinner rolls, homemade or purchased
1/2 cup (1 stick) butter or margarine
1 tablespoon dried minced onion
1 tablespoon prepared mustard
1 teaspoon poppy seeds (optional, but I think it makes them a little fancier)
1/2 pound thin-sliced deli ham
cheddar, swiss, or provolone cheese
Melt butter in the microwave. Add onion, mustard and poppy seeds and stir together. Split rolls open and spoon butter mixture on the insides of both sides of rolls. Place two or three slices of ham on each roll. Sprinkle with grated cheese or place a slice of cheese on each sandwich. (I was running out of cheese when I made these, so they look a little skimpy in the pictures). Leaving sandwiches open, broil on low until everything is hot, gooey and starting to brown.

That’s it! Simple! When I first found this recipe in a church cookbook, I was skeptical. I like mustard, but I wasn’t sure I liked it a whole tablespoon’s worth. So, if you’re feeling the same hesitation… try it! They won’t disappoint! 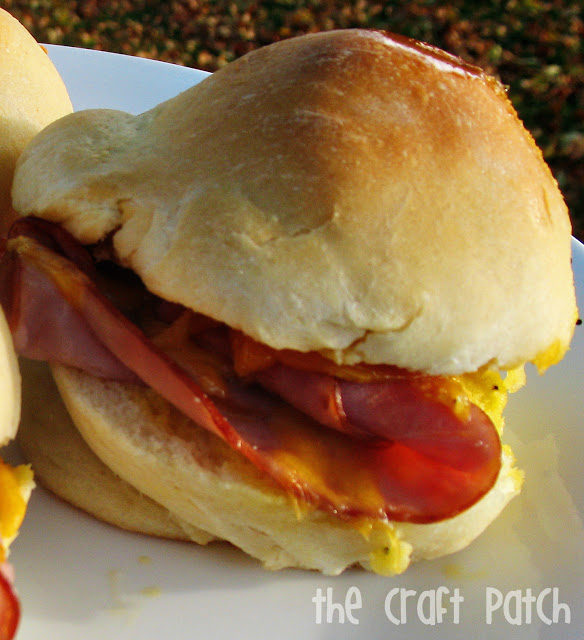