Confession: up until a few weeks ago, the only TV we had in the house was an old fashioned boxy one we got for $100 when we first got married. For years, the button has been broken and we’ve had to use a chopstick to turn it on. Well, that poor old TV finally gave up the ghost a couple of weeks ago, and it was time for our family to join the rest of the world and get a flat screen TV. The only problem was that the new TV didn’t fit in the armoire (that I scored for $5 at a yard sale. true story. read about it here.)
We needed a media cabinet of some sort, and we needed it quick! Can you say, “Toddler in the house?” A few days ago, I walked into the garage and saw one lonely shelf on the wall, and a light bulb went off in my brain. See: 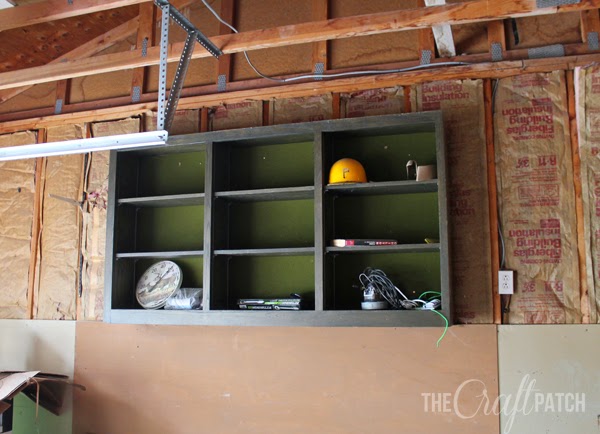 What? It doesn’t look like a media cabinet to you? You aren’t in love with the dingy green felt backing? Or the cobwebs or the hornet’s nest that was hiding in one corner? You aren’t alone. Hubby felt the same way. Well, I didn’t let all that stop me.

I cleaned the thing really well, ripped off the felt backing, and brought it inside. One end was finished off, but the other end looked like it was missing a piece: 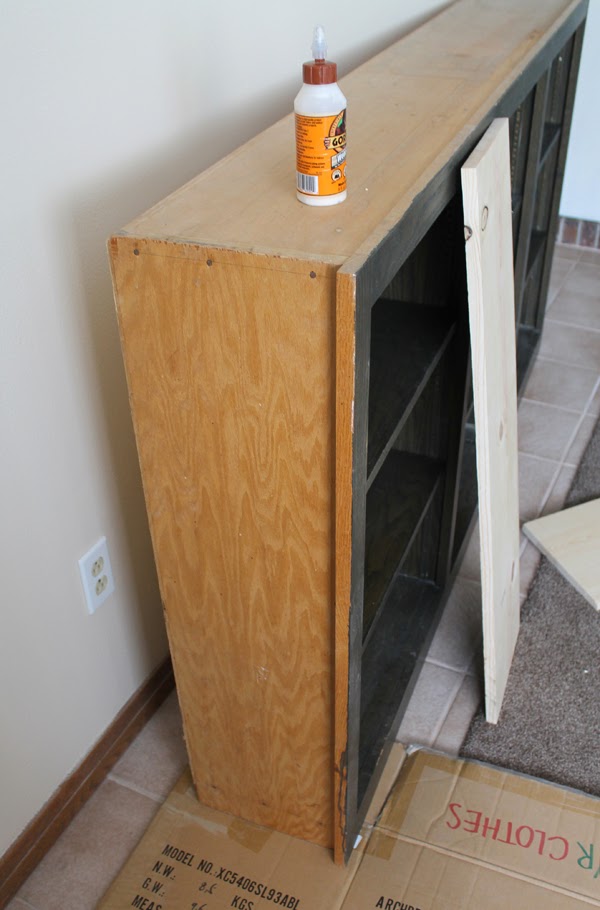 So I cut a 1×12 down to the right width and length and used wood glue and nails to attach it. I also added a 1×12 to the top to make it look finished. 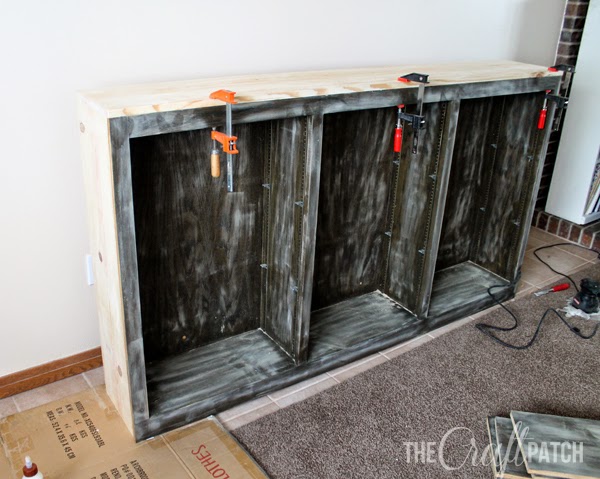 Added the adjustable shelves back in, and voila! Media cabinet! From something I found in my garage! And it cost me absolutely nothing since I used supplies I had laying around. 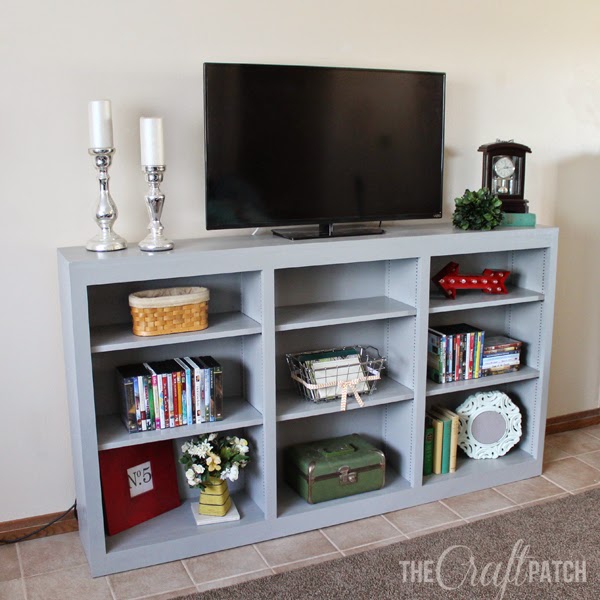 I love it! I love it even more because I didn’t spend a dime on it. Cheapskate thrills, you know. I’m doing a happy dance right now. 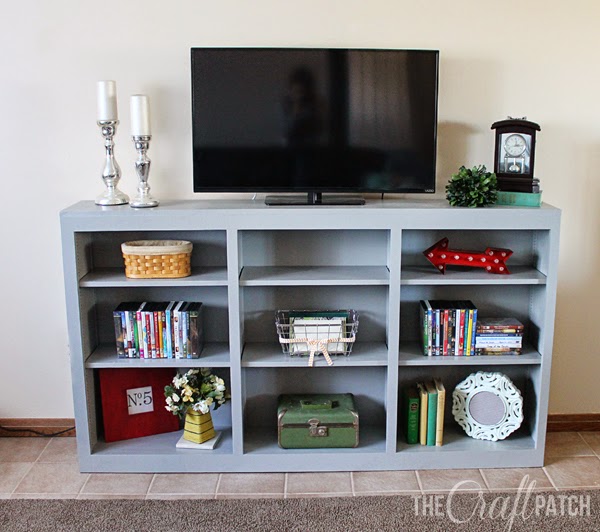 Can you believe it? I mean, seriously, look at the before and after pics, folks! Talk about trash to treasure! 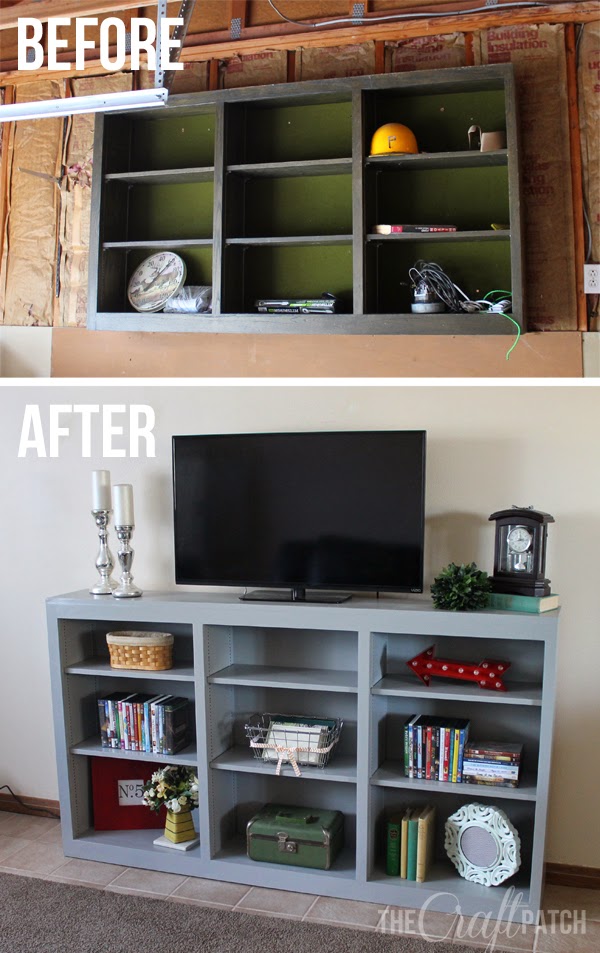