Home Life
I have often wondered how different diapers compare to each other. There’s a huge price range and many different brands to choose from. Some people swear by Huggies, some by Pampers, others only buy generics. With so many options, how’s a girl supposed to know what to choose?!I’ve been using Luvs with my 1 year old, but I’ve noticed lately that we’ve been having a lot of leaks. So today I’m going into all-out mad-scientist mode and giving three brands of diapers the full gamut of rigorous (cough, cough) testing.

For my tests, I decided to go with three brands of diapers that are in the same price bracket. I figure for as much as Huggies and Pampers cost, they had better work, so no need for testing. Ha!

Here are the three contestants: 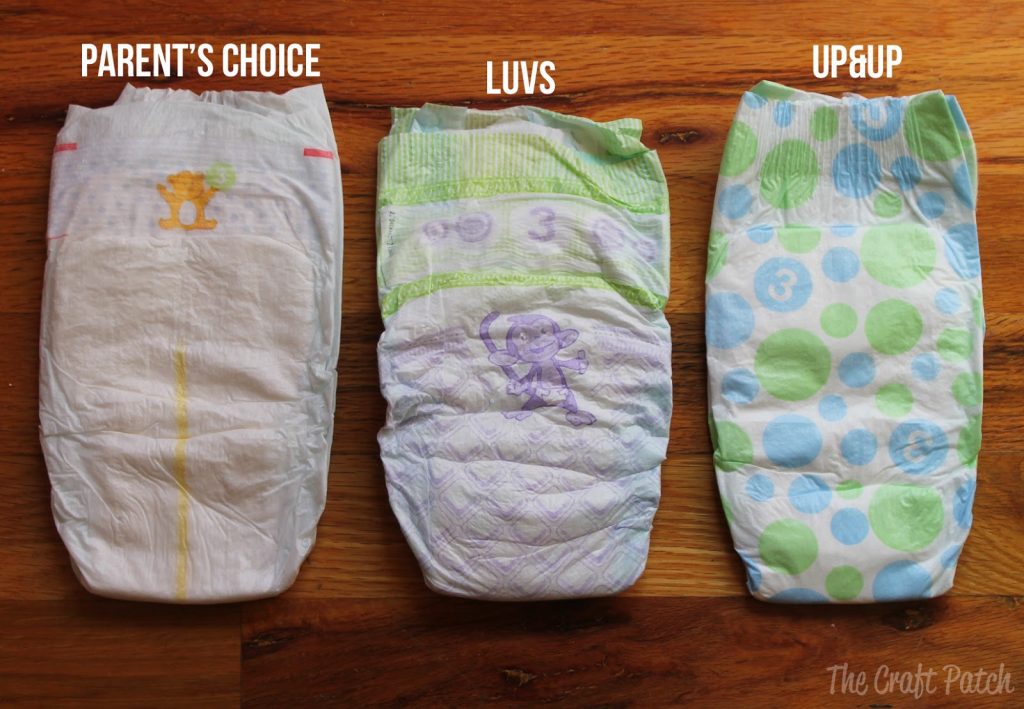 Parent’s Choice (from Walmart), Luvs, and up & up (from Target).

And here’s a much cuter display of the three contestants. Thank you to my lovely model. 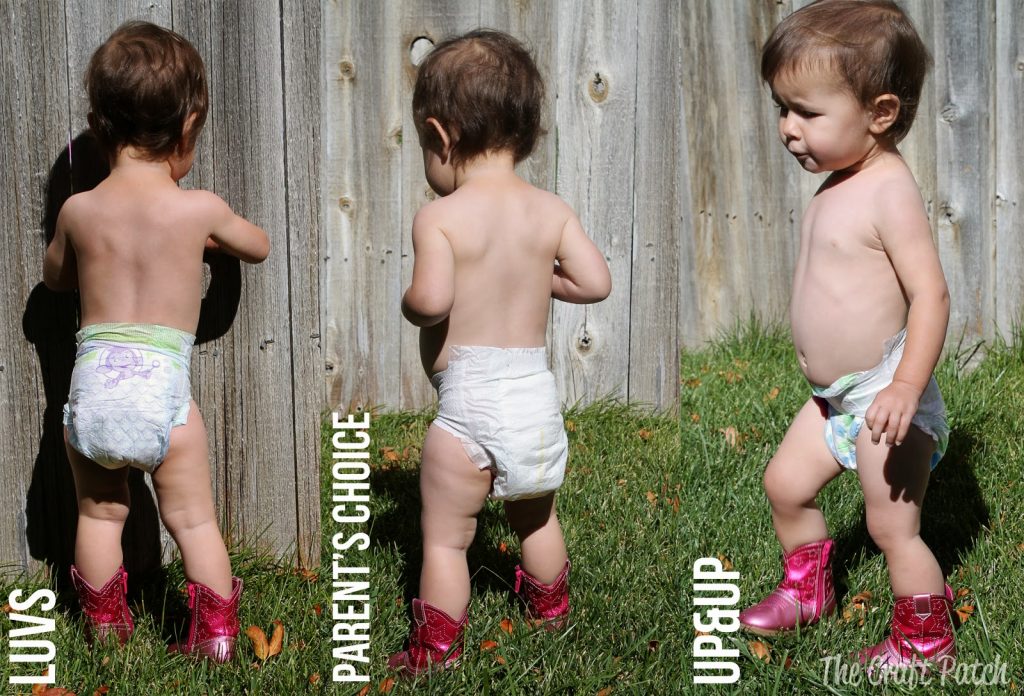 First up, let’s compare price. All of the prices were for size 3 diapers. 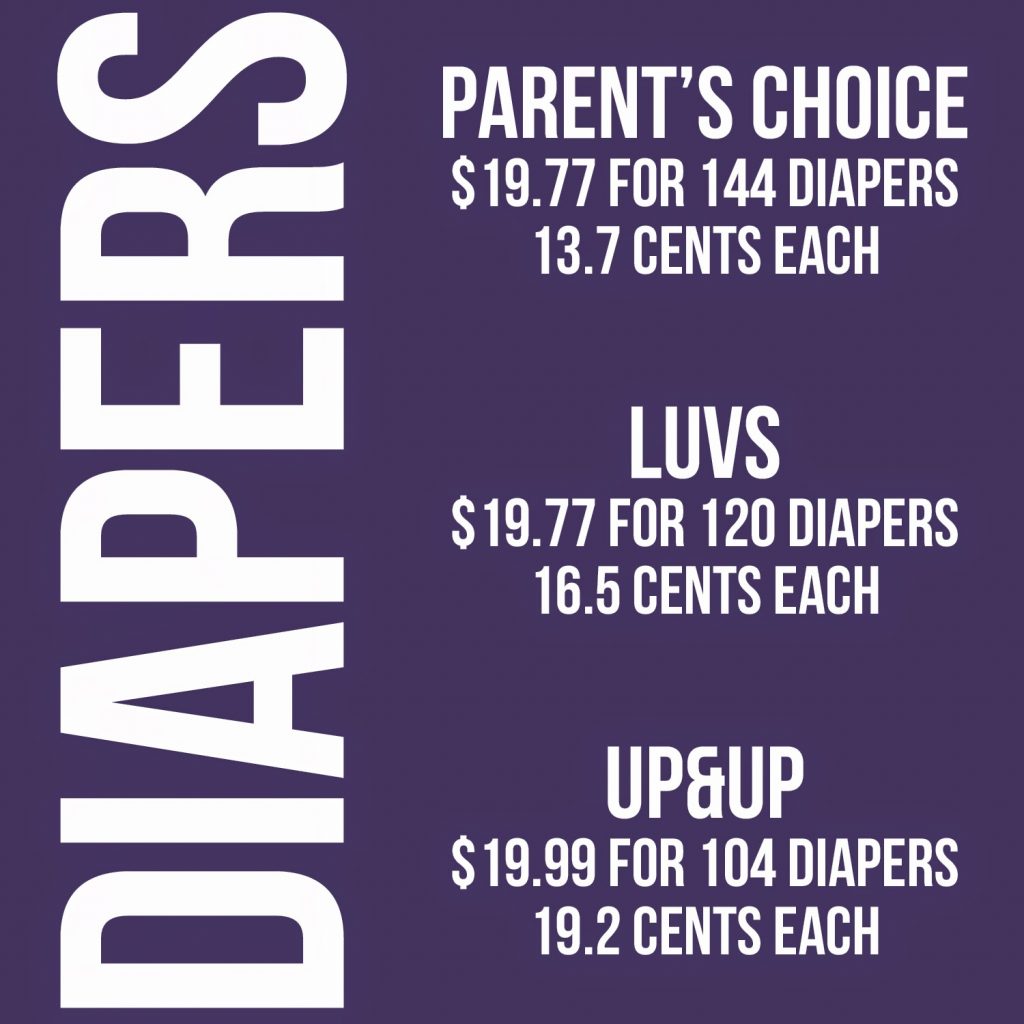 One thing to remember is that Parent’s Choice may be cheapest every day, but up & up diapers go on sale pretty frequently, so you can get them for an even better price. I’ve never seen coupons for Luvs, but maybe they are available? Does anyone know?

Let’s move on to the next test, shall we? When it comes to diapers, I figure the bottom line is: “Will it hold stuff in?” Am I right? So I decided to see how much water each diaper would hold before leaking. I carefully measured so that I could give you accurate results. 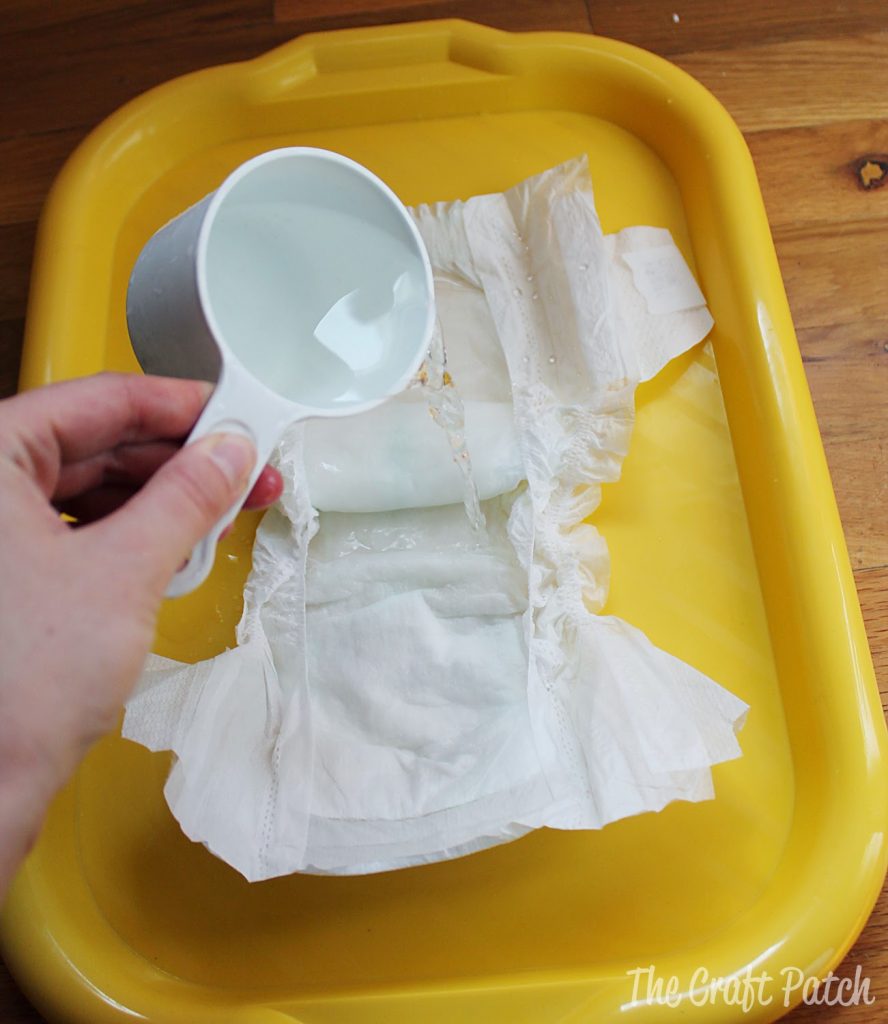 This is about the point where I thought, “Am I crazy? Hmm… probably. Oh, well. Carry on!”

Here are the results: 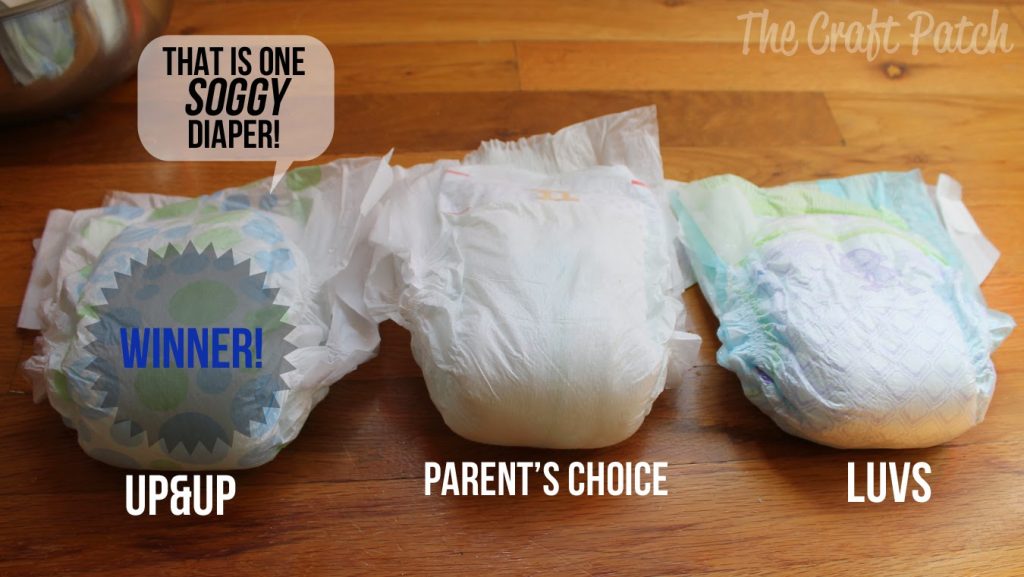 Isn’t that interesting? You would not believe the weight difference at the end of testing. The Parent’s Choice diaper got the biggest, but that up & up diaper was seriously heavy! (Can I just say “ew” once, please?!) I am guessing that the super absorbency is because up & up diapers now have cotton in them, so they hold a lot of water and actually become stronger when wet.

The last test was the least scientific of all. We’ll call it “everyday observation.” After switching between these three brands for a few weeks, I prefer up & up but probably won’t be buying Luvs again. I especially like how up & up diapers hold up at night. I like that Parent’s Choice diapers are cheaper. And Luvs? They are scented and smell great, but they just don’t hold as much “stuff” as the up & up diapers. Plus, if I switch to buying diapers at Target, I’ll get to browse all their cute home goods every time I need to stock up. Bonus!

So there you go. Everything you ever wanted to know about diapers. Now wasn’t that fun? 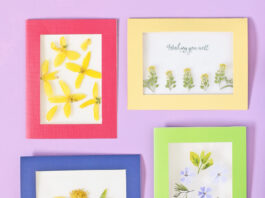 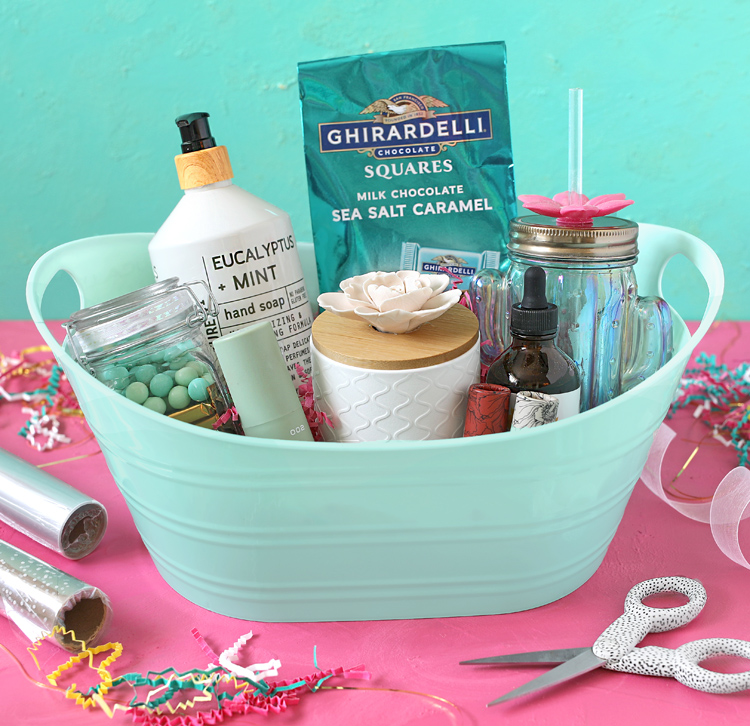 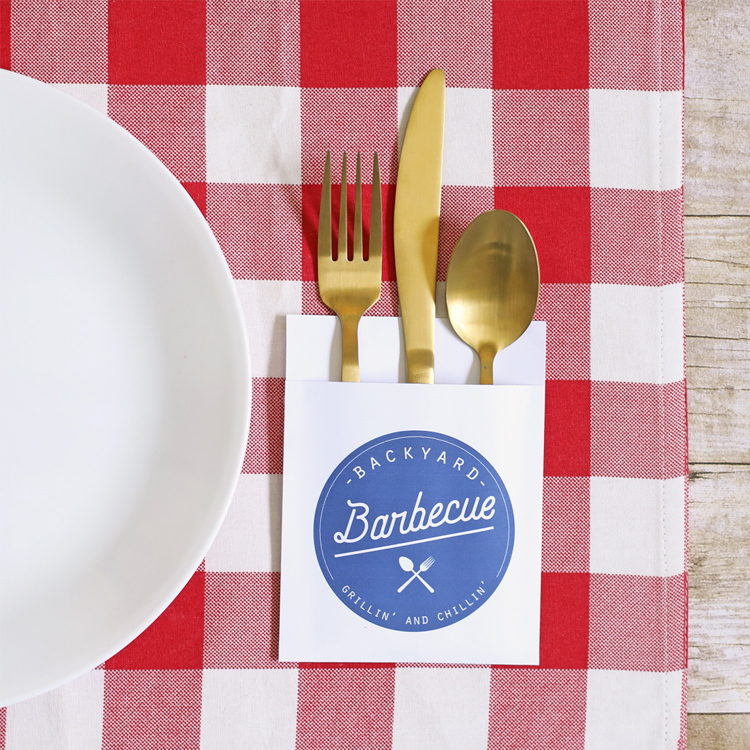