Circle Shirt Tutorial—also known as the project that took three tries, nearly made me throw my serger out the window, led to the discovery of water soluble stabilizer, and had me so frustrated I wanted to scream.

I saw a great circle shirt tutorial on Pinterest and thought I’d give it a try.

It looked so easy.

So I found some pretty floral sheer fabric on the cheap rack at WalMart and thought it would be so pretty and flowy. I cut it out and got out my serger to narrow roll hem the edges. That’s when the hair pulling and temper tantrum began. I just couldn’t get the machine to stitch right. I read the manual. I adjusted the tension. I looked online for advice. I even cleaned and oiled that blasted machine. Finally I stomped my feet, gnashed my teeth and gave up for a few days. I bought more fabric…still a little sheer, but cotton and not slippery like the first fabric. I decided I needed some kind of stabilizer to help the fabric go through. I thought to myself, “I wish they made stabilizer that just dissolved when I washed it.” And guess what? They DO make dissolving stabilizer! What a discovery! The stuff I found at Joann’s was called Sulky Water Soluble Stabilizer. I thought it would solve my problems for sure.

I brought it home and fed it through my serger, only to hear something snap. It was only a very critical METAL part of the lower looper. Great. Another tantrum ensued.

So I gave up and bought a jersey knit fabric from WalMart for $2/yd. I cut out the shirt, sewed two lines and tah-dah! All my problems solved. So simple. Why, oh why, didn’t I just get jersey knit in the first place?!?!

Want to try the circle shirt? The easy version that only took a half hour to make? 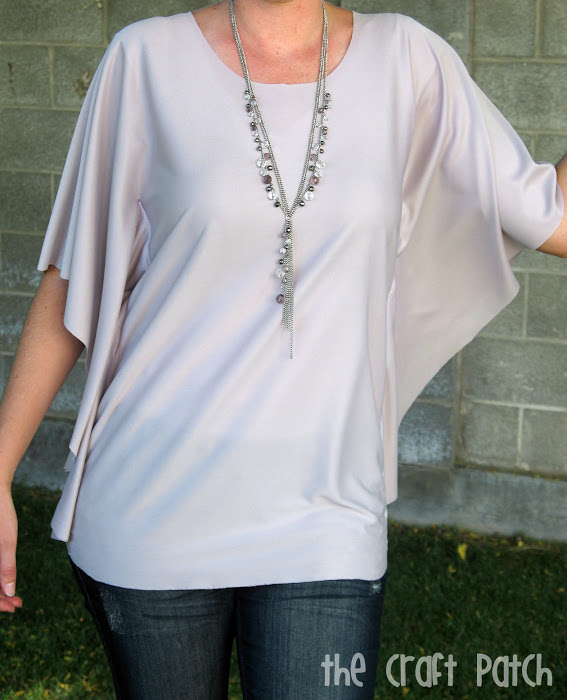 Here is the tutorial:


– 1 yard 60” wide jersey knit or other knit fabric that does not fray. You can use 45″ fabric, but your shirt will be pretty short.
– Matching thread
– Yep, that’s it!

Step 1: Fold the fabric in half and square up the edges so that all the corners are 90 degree angles.

Step 2: Round off the two bottom edges. An easy trick to make sure both sides are even: round one side, then move the scrap you just cut off over to the other side to use as your guide. 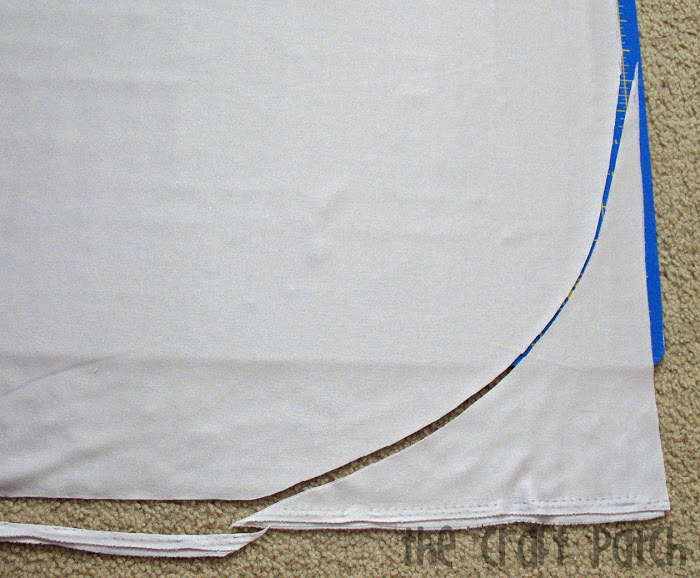 Step 3: Cut a neck hole. I used a favorite tank as a guide. 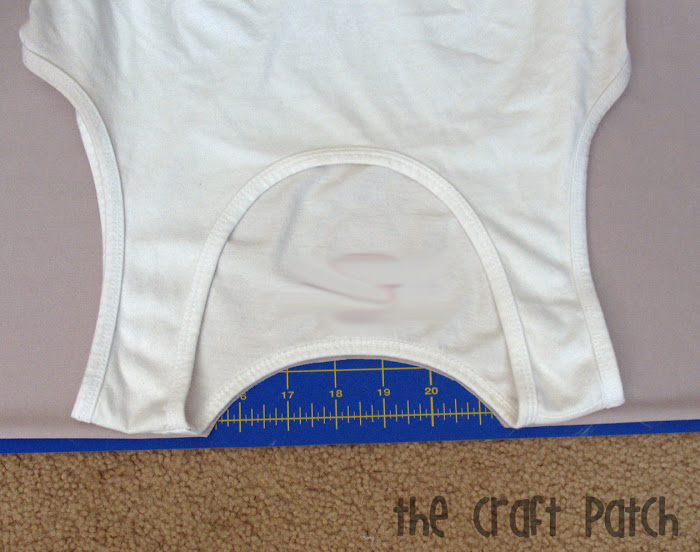 I cut through both thicknesses along the back edge, then moved the tank out of the way to cut the front part through only the top layer of fabric. 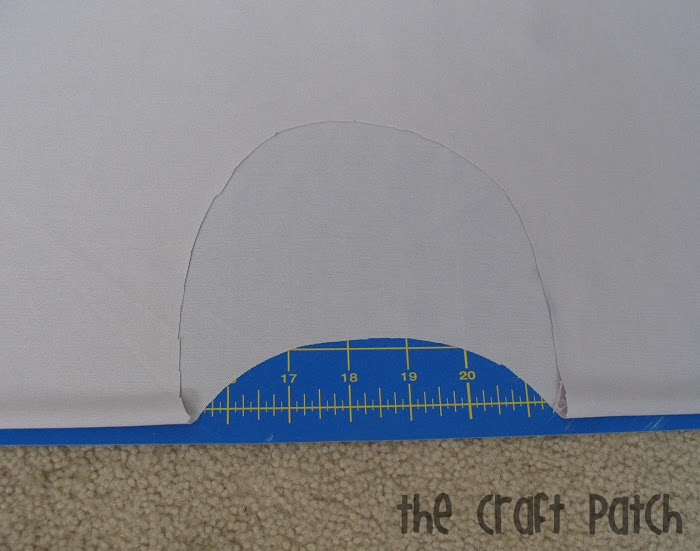 You can get creative here and cut any shape neck you want…a boat neck would be cute or something big and gaping. Whatever floats your boat. haha.

To make sure both sides were symmetrical, I folded the shirt down the center the other direction and evened out the curves around the neck: 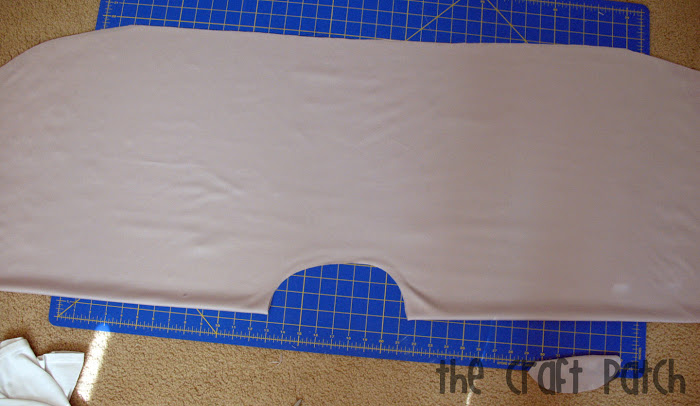 Step 4: Sew two lines up the sides to fit around your middle. My fabric is not super stretchy, so I left it pretty loose. I also didn’t sew perfectly straight because my mid-section is not straight. I curved the line to fit the curves of my body. 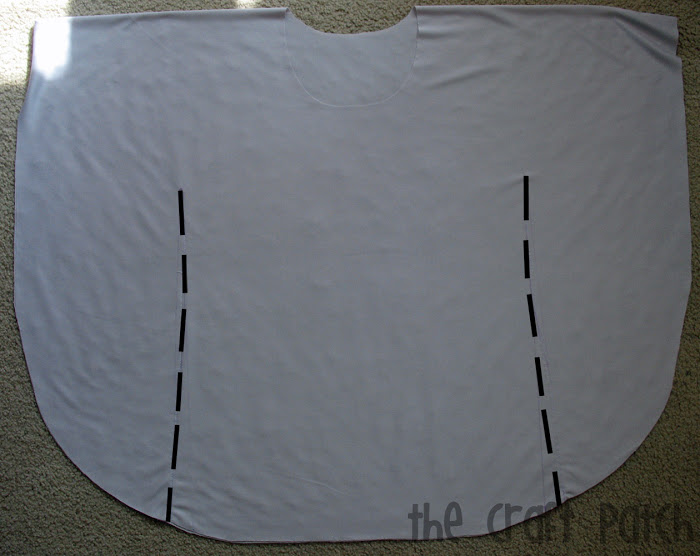 You are done! I told you it was easy…as long as you use no-fray knit fabric. 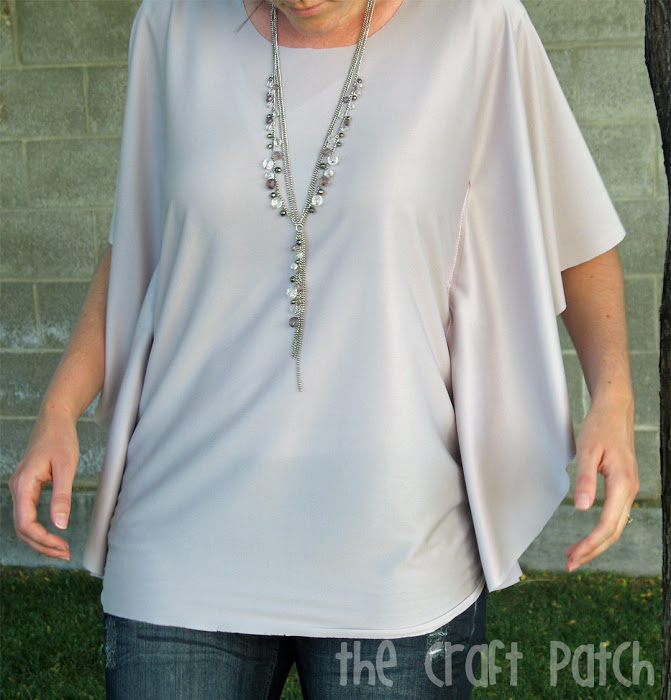