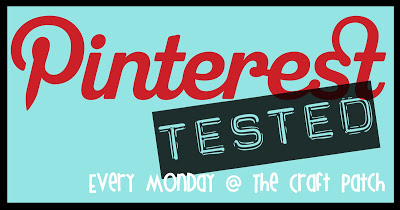 Here’s a link to the PIN up for testing this week. 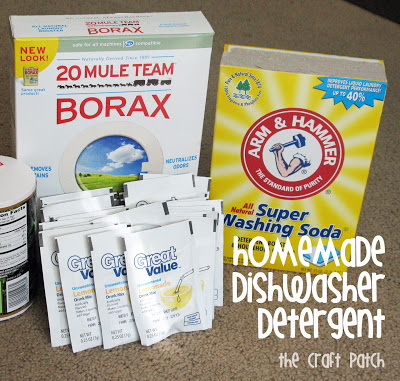 And it turns out dishwasher detergent is even easier because there’s no soap grating involved. The hardest part was opening all the little packets of lemonade!

I mixed one box Borax, 1 box washing soda, and 24 packets of lemonade together in an ice cream bucket and done. Easy! Some recipes called for 3 cups salt, some didn’t. I decided to leave it out. No scientific reason…. I just didn’t remember to get it at the store and didn’t want to make an extra trip. You can substitute ½ cup citric acid for the lemonade, but I couldn’t find any at the stores near me. Besides, how fun is it to make soap that has Kool-Aid in it?!

An important part of this recipe is using white vinegar as a rinse aid. It keeps the dishes from getting that white film. I unscrewed the little round lid of the rinse aid, poured some into the hole until it reached the fill line, then screwed the lid back on. Again, this was so easy!

I am going to use one tablespoon of detergent for every load of dishes.

So how has it been working? I’ve used it on four loads of dishes now and can’t tell a difference from the expensive Cascade I was using before. Seems like a winner to me!

THE RESULTS: Works as well as what I have been using and it saves me a dime every time I wash a load of dishes (which will add up quick with as many loads as I seem to do!) And bonus: it was really easy to make!

Added later: Now that I’ve been using this detergent for a little longer, I do not like it!!!It seemed to work fine the first few times I washed dishes, but now I am noticing the white filmy stuff is building up on my glass plates and cups in a big sort of way.

Added even later: LemiShine keeps my dishes from getting filmy, but it’s expensive, which defeats the whole purpose of making the homemade detergent! I will use up the batch I made, but then I definitely won’t make more in the future.