Chocolate Caramel Pie
In the last few months we’ve been having major problems with hard water build-up on all our dishes. It’s caused by a combination of things…really hard water, a cruddy dishwasher, trying to use up the last of that horrible homemade dishwasher detergent (which I obviously don’t recommend), and having a weird rinse aid compartment in said cruddy dishwasher that won’t let me add any rinse aid.
I was just living with crusty, filmy, cloudy dishes until we had an unplanned family dinner at our house a few months ago. I was mortified that I had to serve my in-laws on such horrid dishes!
I vowed then to find a solution, preferrably one that was cheap and easy, because that’s how we roll around here. And once again it was my mom to the rescue. She suggested soaking the dishes in hot water and vinegar. It totally worked!
I pulled out all my embarrassingly crusty dishes and silverware, filled up one side of the sink with hot water, added about a cup of vinegar and let the dishes soak overnight. By the next morning, all signs of hard water residue had disappeared. Like magic! All I had to do then was rinse the vinegar off and my dishes were restored to a respectable state again. And I didn’t even have to scrub! I tell you, it was a cleaning miracle!
Of course I didn’t think to take pictures of the plates before. But luckily I had a few things that somehow evaded that first vinegar soak, so here are two examples, although they are not nearly as magical as those first dishes were. They went from SO crusty to SO clean it was just shocking. These dishes will have to give you the idea. Remember, there was not even one bit of scrubbing involved here… 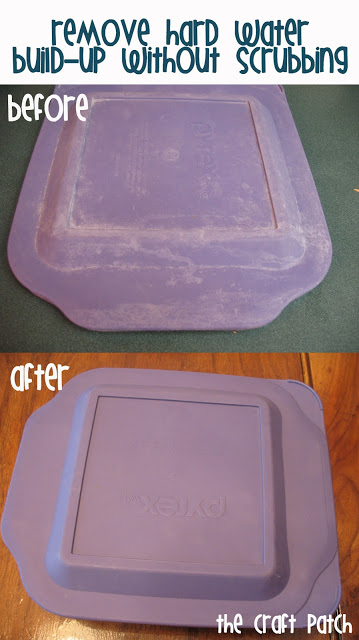 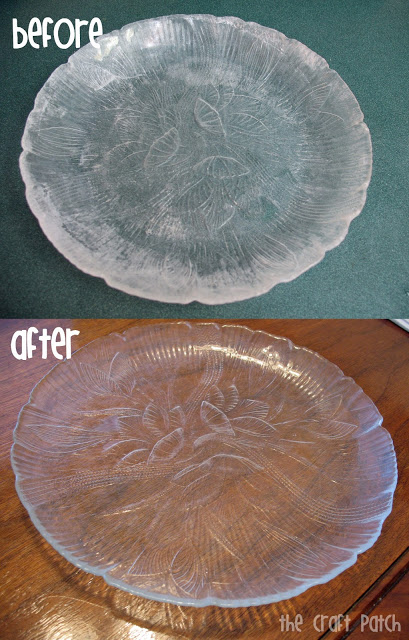