I have a couple of all-time favorite finds from all of the Pinterest Tests I’ve done in the past. Homemade laundry soap is one of those. You can read the original post HERE. It is so much cheaper, lasts forever, is easy to make and works great.

After a year and a couple months, I finally ran out of the original batch. Yeah… I told you it lasted FOREVER! So I went to WalMart, grabbed all the ingredients (that were conveniently next to each other in the laundry aisle), and made up another batch. This time I opted to leave out the Oxyclean and used Zote soap instead of Fels Naptha. Why? Just because I wanted to try it. And besides, the Zote smelled good and it was pink.
This time I followed two tips I received from readers that made the process even easier.
1. I microwaved the Zote soap for about 30 seconds. Not long enough to melt it, just long enough for it to soften a bit. This made grating go a zillion times faster. It was like butter. 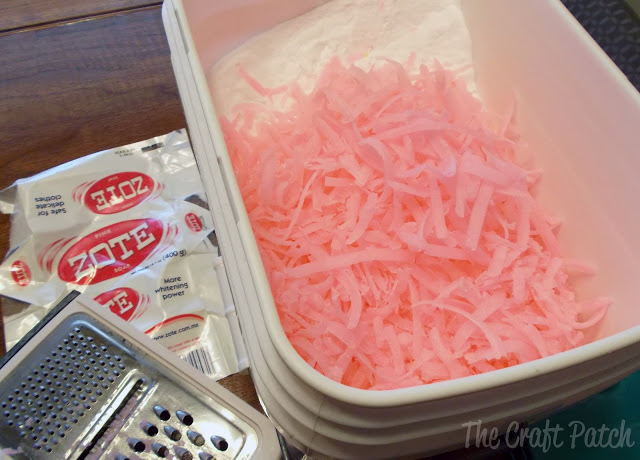 2. I dumped everything in my old laundry container, closed the lid tight, and shook it to stir. No horrible clouds of soap to choak me this time.
One of the reasons this laundry soap lasts so long is that for a normal load of laundry, this is the scoop I use: 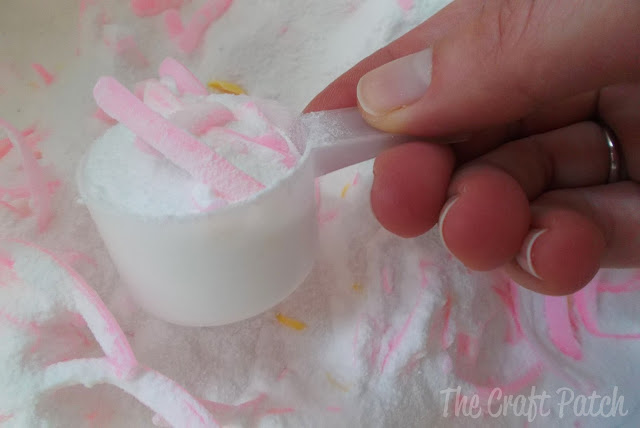 It doesn’t take much because there are no fillers or additives that I suspect they add to commercial detergent.   If I have a particularly large or dirty load, sometimes I add more. But usually one scoop does the trick.

I love it when a Pinterest Test works out and changes my life (or at least my cleaning habits) for the better.

*** UPDATE: I have been using this second batch of soap for nearly a year and I don’t like it as well. When I make the next batch in a few months, I will definitely switch back to the Fels Naptha. I think it dissolves better and has more cleaning power than Zote. I will also add the generic store brand Oxyclean back into the mix too. It just works better with the original recipe!