Gingerbread House Treat Boxes
The mission to decorate the neglected rooms in the house continues. I’ve been working on the kiddos’ bedroom. My boy and girl share, so I’ve had to come up with a gender-neutral decorating scheme. I had two horribly ratty veneer nightstands that I couldn’t stand for one more second. They were in pretty rough shape with bubbling veneer and ultra-shiny peeling finish. (I am kicking myself that I didn’t get a “before” picture. Seriously, they were so nasty!) I decided I would just go ahead and paint them with some creamy colored paint I got for a quarter at the Habitat for Humanity ReStore. LOVE that place! It’s like a Home Depot thrift store! I had read about how chalk paint adheres to anything without sanding, so I followed THIS recipe and painted them up.
Here they are, along with a little sneak peak of another project in the room: 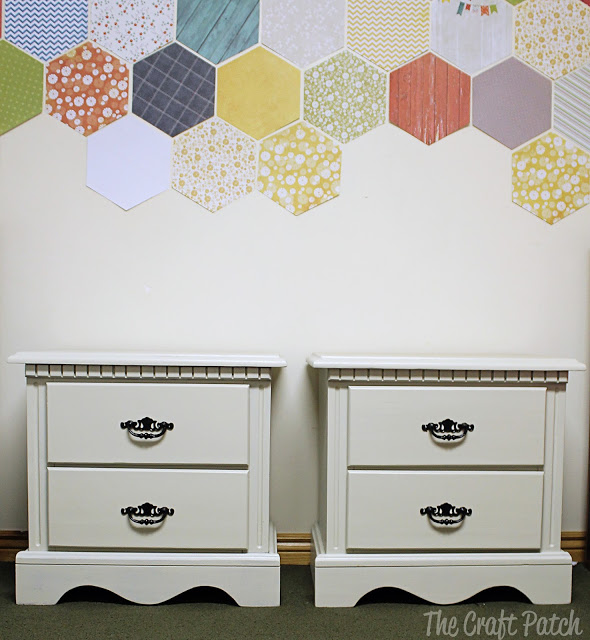 I spray painted the hardware black for a little contrast. Here’s what they looked like before: 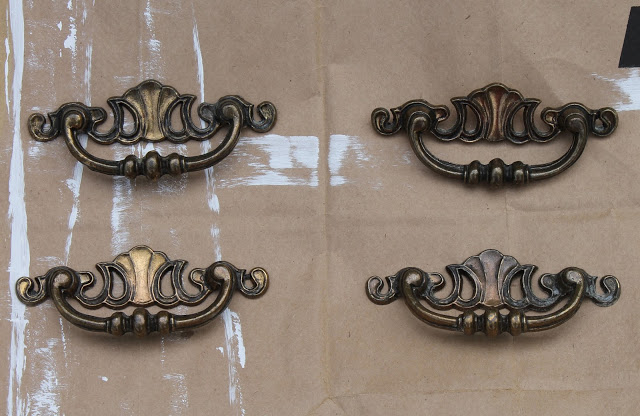 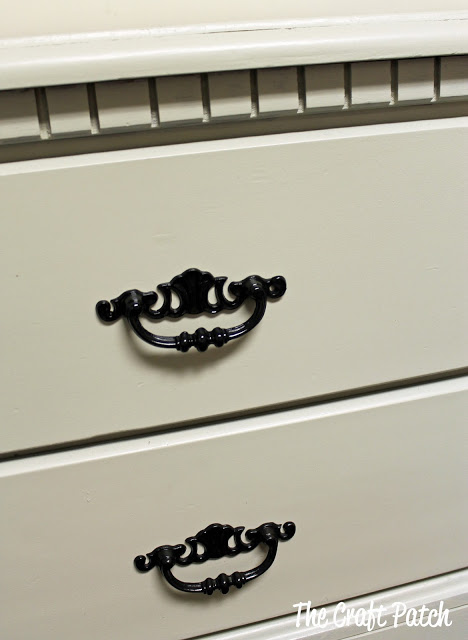 The nightstands are not perfect, but they are soooooo much better than they used to be. You can still see the bubbling veneer, but it looks better painted: 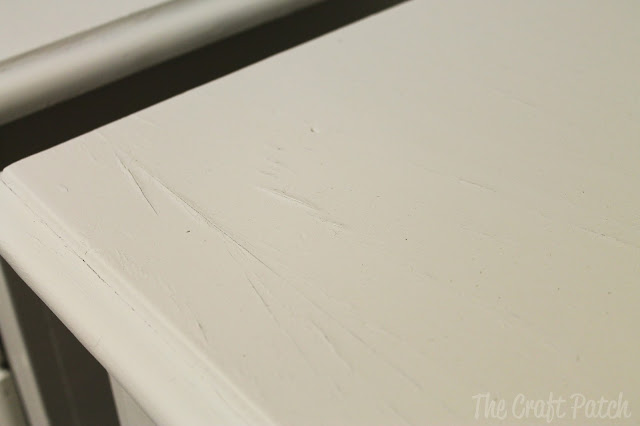 I was pretty excited with how they turned out until I realized that chalk paint ain’t a miracle worker. I should have taken the extra time to prime. The paint scratches off with my fingernail! Dumb, dumb mistake.

I am guessing these nightstands will look good for approximately two days. Or less.

Doggone it! Craft fail! What do I do now? Is there a way to salvage them? Uggh!